In at least one respect, poker is like sex. Position matters. Those who master position at the poker table (as well as during sex I suppose) have mastered one of the most important parts of the game. Those who fail to use their position to their advantage will surely be surpassed by those who do.

Most poker players have at least a rudimentary understanding of position. For those of you who don’t, know that it refers to your place in the betting order relative to the dealer. In hold ‘em, ones position remains constant throughout the play of the hand. It shifts after each hand as the dealer button progresses clockwise around the table. 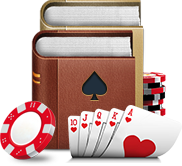 Bets also progress clockwise around the table beginning from the dealer’s left. Hence, the first four positions are said to be “early position”, the next three “middle position”, and the final three, including the button, are considered “late position.

Position matters, generally, because the later one is in the betting action, the greater the advantage – most of the time. The better in late position gets to see how the bettors in early and middle position act before he must act. A player in late position also has less of a chance of being raised or reraised after he has acted than a player in early position.

Hence, the same cards should often be played differently depending on the position of the player.

Say, for example, that you have a pair of eights in early position in a no limit hold ‘em game. Most of the time, you should not raise with this hand. There is too much of a chance that someone after you has a bigger pair or two overcards. Since your position will be the same throughout the play of the hand, you are highly vulnerable to a flop with overcards – since you won’t know where you stand. In a game with lots of raising, the best play may well be to fold those under the gun.

But take the same hand and give it to a guy on the button and, if plays have folded in front of him, it’s a raising hand. If no one has raised there’s a very good chance that the eights are the best hand. Plus, being last to act after the flop and on each round thereafter, will give the player a large advantage, able as he will be to see how his opponent or opponents respond to the flop, turn, and river cards. He can base his betting action on how they respond, taking advantage of their apparent weakness if they check – and getting out of the way if they appear strong.

Similarly, suited cards, especially suited connected cards can be played for a call from late position – while they should often be avoided in early position. Since players who don’t hit the flop may well check into a late position caller, late position players with suited cards often get to see a round without having to face a bet. Similarly, they can pick up some pots by betting into weakness, even if they don’t hit their hands with flushes or flush draws on the flop.

These are all general cases of course. Most poker books cover them in detail. I mention them here only by way of preface, before getting into the more interesting and specific ways of using position to your advantage.

The expert poker player can use any position against any type of opponent to his advantage. He recognizes the inherent positional advantages and disadvantages and exploits the former while diminishing the latter. 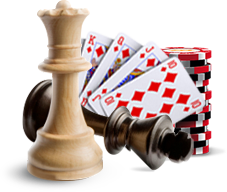 What I’ll cover in this and the next two articles are the following special cases that develop from time to time, relative to position. By understanding how to optimize your strategy when these situations present themselves to you, you’ll be adding profit to your game.

Where do you want to sit relative to:

What do you do and how do you adapt when each of these types of players sit to your left or to your right – and what hands might you play or not play based on your position relative to each of them?

Where should you sit if you know nothing about any of the players?

What should you watch for when you’re thinking about which of two seats to take at the table?

Where to Sit Relative to the Wildman 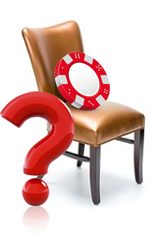 Let’s start with where to sit relative to perhaps the easiest case – the wild man – also known as the maniac or the loose aggressive player.

If you can, sit to his left. That’s not to say that there aren’t ways of exploiting his play if you happen to seat to his right. But given a choice, let him act before you do.

There are two reasons for this. On the one hand, since he is frequently in the pot for a raise, you want to have the advantage of knowing what his aggressive action is before you decide whether or not to come into the hand. With him on your right you don’t have to fear that he will largely raise you when you enter with borderline or drawing hands. Imagine, for example, having a pair of tens. Do you want to play them for eight times the big blind? Probably not. But with Mongo in the hand immediately after you, how can you call when he might well raise it up to eight or more times the big blind. You’ll have to forgo the hand and many hands like it, for fear of what he might do. That’s a tough way to play no limit hold ‘em.

On the other hand, if he acts first, you’ll sometimes be able to call with marginal hands, knowing that you have nothing to fear from him – at least until the flop. And then you’ll once again get to see what he does before you decide what to do.

The other advantage to having him on your right is that you will have a better chance of isolating him when he bets –with will often be marginal or substandard hands. You want to be able to do this, to shut out other players who’d normally like to have a shot at his money. But since you’ll be first to act after him, you can re-raise with your strong hands and have the maniac to yourself.