How to play 7 Card Stud 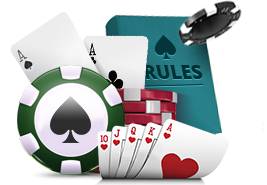 Long before there was Texas Hold’em, 7 Card Stud was the game of choice. It is almost humorous that today more people know how to play Texas Hold’em before they know how to play the “classics.” It is a game that requires two to eight players. The primary difference between Texas Hold’em and Omaha is that seven-card Stud poker does not utilise a flop and rarely has community cards. It is a game that in some cases can take quite a long time to master. Each player is dealt seven cards throughout the course of the hand. Players will only use the best five-card poker hand in order to determine the winner.

7 Card Stud poker – commonly known also as or Hi-Lo Poker – consists of 5 rounds of betting. While all versions of the game do differ slightly, generally individuals play for two pots of money with the best low hand (down card) and the best high hand (up card). The maximum bet doubles after the third round of betting, which results in large payouts from the pots. Players are less inclined to fold bad hands during this game, as the highest and lowest hands split the pot equally.

First, each player gets 7 cards (hence the name 7 card poker). Three of these are faced down, 4 faced up. There are five rounds of betting. There are 2 types of wins (for the pot): high and low hand. After the last low hand is dealt, the final round of betting occurs. The player with the best 5-card poker hand wins the pot. After this, 3 cards are dealt to each player: two pocket cards and one visible card. The player with the lowest card must bring-in the betting. A round of betting begins.

Players can either: Fold, Call, Raise, or Check. After all the Players have contributed the same amount into the pot, the Fourth Street betting begins. Let’s take a look at the streets:

During this phase each player is dealt three cards. Two of which are face down - hole cards and one face up. The player with the lowest card face up is the “bring-in” and initiates the action. They are required to either make a bet.

In this round, each player receives another exposed card. In this round the first to initiate a bet is the one with the highest valued card. They may either check or bet the lower end of a structured bet. $1 in a $1/$2 game for example. There are some situations that fall under a different set of Stud rules, which we will not go into at this time.

This particular round deals each player an additional exposed card. The highest valued card recipient gets to act this time. However this requires the big bet increment.

The sixth go around every player receives another exposed card. The highest valued cardholder leads the betting.

Seventh Street (or the River)

This round every player receives a seventh card and this one is a facedown card and only the recipient can see the value of this card. The first player to act is the one with the highest exposed cards.

Following the Seventh Street round there is one more betting round. Should there be more than one player then a “showdown” takes place.

Depending on who is playing the game, determines who sets the ante. In a private game it is the players, in a more formal game, the card room.

Other player options in the game 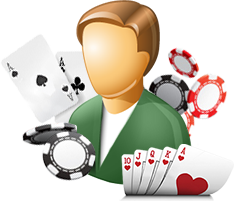 When one talks about folding, what that means is that they are getting rid of the cards in their hand and giving up the current pot of money. To fold, you can say so (verbally) or just show it (by discarding your hand face down in to the pile of other cards that have been discarded, known as the muck). With 7 card stud poker, you usually turn all your cards face down when you want to fold.

Another option in this betting round is to “call.” What this means is that you are matching a bet or a raise. The sign for a betting round to end is when all the players have placed the same amount of money in a bet or no one “calls” a player’s bet or raise. In this case, the player wins the pot.

But that leaves us with the question of “raise.” What this means is that the size of the bet required to remain in the pot is “raised” which forces all the other players to call the new amount. But in a case when there is no amount in the original bet, this action is seen as the opening bet.

When referring to “check” what this means is that in a case where no player has yet began the betting round, any player may “check” which is the same as calling the current bet of zero.

The last thing that can happen in 7 card poker is the “showdown” which is whereby for anyone who didn’t fold after the last betting round can “show” their hand with the hope of winning and taking the money/chips. The one who last placed the bet gets to first show their hand. If a player feels he or she will not win the pot, they might muck their hand, not wanting the other players to see what they played.

Once you have a foundation for the concepts used in 7 card poker, then it is quite easy to follow the rules of the game. Knowing the rules is really the first step in learning how to play and ultimately enjoy this variant of poker. Many of the poker sites that our team of expert poker players have identified as superb are known for their friendly 7 Card Stud games. In addition to the friendly environment take advantage of the poker school offerings and vast amount of tutorials and other self-help guides that will help you along the way.