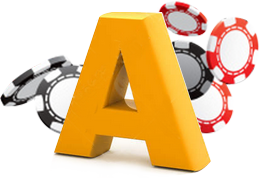 Ante: A small forced bet posted by one or all of the players in a game, most commonly found in stud games or in the later stages of Hold'em tournaments.

All-in: To bet all of the chips in your stack.

Backdoor: To inadvertently fill up a draw. It’s a fortuitous result unintended at the start of betting.

Bad Beat: To lose a hand having got your money in as a favourite. It sucks, but it's poker!

Big Blind: The larger of the two forced bets commonly found in Hold'em games. The player on the big blind is usually two spots to the left of the dealer.

Blank: A card that is unlikely to affect the dynamics of the hand, such as a 3 on the turn following a flop of, say, Q-Q-J.

Blind: A forced bet posted before the start of a hand, usually by the two players to the left of the dealer.

Board: The face up community cards - ie, the flop, turn and river.

Bubble: The last player to be eliminated from a tournament before the money.

Burn: To discard the top card of the deck before dealing, traditionally done to make it harder for the dealer to rig the deck.

Buy-in: The entry fee to a tournament. 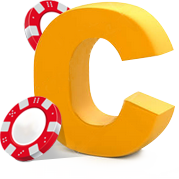 Call: To match the bet of the previous bettor.

Calling Station: A player who calls frequently and rarely folds or raises. Considered to be a very bad poker player, although don't try to bluff him, for heaven's sake!

Check: To opt not to bet if there has been no previous bet. To essentially "pass the buck".

Check-raise: To check with the intention of raising after your opponent bets.

Cold deck: A situation that seems so unlikely to occur that it's as though the cards have been rigged, such as when several players are dealt powerful starting hands.

Connector: A two-card starting hand sequential in rank, such as 6-7.

Cut-off: The player one before the button.

Donk: A bad player, from "donkey".

Donkament: A derogatory name for a tournament, with the implication that it's a luck-fest that anyone can win.

Donk-bet: To lead into a pot while out of position.

Draw: A hand that is currently weak but might become powerful on later streets, such as a hand that's one card away from a straight or a flush.

Expected Value: In probability theory, the average amount you "expect" to win in a situation if that situation were repeated many times in a random trial. Poker players look at situations in terms of +ev or -ev. 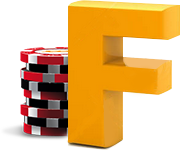 Float: Call a bet with the intention of taking the pot away on a later street.

Fold Equity: Extra value obtained from betting where there's a possibility that your opponent might fold.

A tournament for which there is no buy-in.
A situation where you have the same hand as your opponent but you still have a chance to win and he doesn't. For example, you are both all-in but you have a chance to make a flush on a later street.

Heads-up: A pot or a match between only two players

Hijack: The position two to the right of the dealer button.

Hyper: Hyper-turbo, a form of sit n go in which the blinds go up very quickly and steeply, even quicker than a turbo.

Implied odds: "Future" pot odds that may be factored in on later streets. For instance, you may not have the correct pot odds to call to hit your straight, but you feel that if you do hit it you will take a large amount or all of your opponent's chips. Thus, "implied odds" can sometimes justify a call when pot odds don't.

Kicker: A card in your hand that has not connected with the board. If you have A-10 and have made a pair with your ace, the ten is your kicker.

Limp: To call the big-blind pre-flop rather than raise. Generally considered a bad play in a full game, although it can occasionally be used to effect by experienced players.

Maniac: A hyper-aggressive player who loves to gamble and exert pressure. Generally refers to a bad, unthinking player.

The pile of discarded cards.
To fold.

Nuts: The best hand possible given the board.

Omaha: A poker variant similar to Hold'em, except that you are dealt four pocket cards two of which you must use to connect to the community cards in order to make a five card poker hand.

Out: A card that will help your hand. For example, if you have a flush draw you have nine outs left in the deck.

Overpair: A pocket pair higher than the flop, such as aces on a 9-J-Q flop. 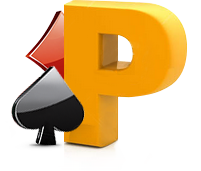 Pot-committed: A situation in which you are mathematically required to call off all of your stack because of the ratio of the size of the pot to your remaining chips.

Pot Limit: A variation of the game in which a player may bet no more than the amount of money in the pot when it is his turn to act. Most commonly used when playing Omaha.

Quads: Four of a kind.

Rake: The percentage taken from each pot by the casino or online cardroom.

Re-buy: An option to buy back into a tournament after you've lost all your chips. Tournaments may offer one or more rebuys or (often) none at all.

Ring Game: A cash game, as opposed to a tournament.

Rock: An incredibly tight play; one who gives little "action" and is therefore rather predictable.

Runner-runner: To get lucky by filling up your hand both on the turn and the river. 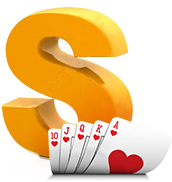 Semi-bluff: To bet with a drawing hand, in the hope that your opponents will fold, or, should they call, that you will hit your hand. See "Fold Equity".

Set: Three of a kind when two are in your hand and one is on the board. An extremely powerful hand and usually very well disguised.

Set-mining: The practice of playing pocket pairs in the hope of flopping a set.

Short Stack: The player with the fewest chips at the table.

Showdown: The point at which players are required to show their cards once all bets have been called.

Side Pot: A pot created when one player is all in and others are still betting.

Sit-n-go: A tournament, often comprising a single table, that begins when the required amount of players turn up to play.

Six-max: A format where no more than six players are seated at once, made popular online. The action is faster than at a full table.

Slow-play: To play a strong hand slowly in order to trap your opponents.

Small Blind: The smaller of the two forced bets commonly found in Hold'em games. The player on the small blind is usually one spot to the left of the dealer.

Smooth call: To call where a raise might be expected.

Splash the pot: To toss chips carelessly into the pot, considered bad etiquette.

Split Pot: A pot that is shared by players who have the same hands.

Street: One round of betting or a dealt card. In Hold'em there are five streets; five community cards.

String-bet: An illegal move in which a player fails to get his chips into the pot in one motion or reached for more chips after a call without announcing his attention to raise and by how much. This is illegal and the rule is in place to prevent angle-shooting.

Suck-out: Sounds rude, but it really just means that you got your money in bad and won the hand.

Tell: An unintentional hint that a player may give that reveals something about the strength of his hand.

Tilt: To play badly due to frustration, often after losing a big pot or receiving a bad beat.

Trips: Three of a kind.

Turn: The fourth community card, dealt after the flop and sometimes known as "fourth street".

Under the Gun: The first player to act after the flop.

Variance: In statistics, the way in which short-term results differ from expectation. Simply put, why aces get cracked!

Wheel: A straight from ace to five.