How Safe is Online Poker? 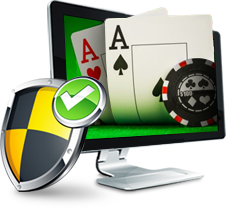 "How can I tell that I'm not being cheated by the site or the other players?" is a familiar refrain of the newbie player. Well, first of all, let us reassure you that it’s incredibly unlikely. We're not saying it's impossible to be cheated in online poker, just that it's very rare… much rarer than you'd think. But more of that later.

First of all, the most important thing you need to do is to choose a site that you know you can trust. The best way to do that is to check the small print on an online poker site to find out where it received its remote gambling license.

Online gambling companies are licensed and regulated by various jurisdictions around the world, and need to pass strict regulatory tests in order to receive that license. Some of the most trusted licensing jurisdictions are the United Kingdom, the Isle of Man, Alderney, Gibraltar, Malta and Kahnawake (Canada), so look out for those.

Of course, if a site is licensed elsewhere it doesn't necessarily mean it’s a bad egg, it's just that you can know for sure that a site approved by one of the above has been rigorously tested, reviewed by third parties, and has had to jump through every regulatory hoop in the book in order to receive its license to operate. Such regulations make it impossible for a poker site to rig games. 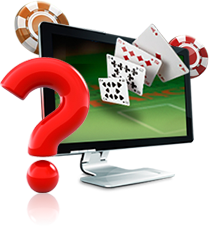 And yet the internet is full of angry people claiming that "online poker is rigged". Why?

The answer is that many new players don't fully understand the concept of variance.

You had your aces cracked? Again? You deserved to win that pot, didn't you?

But toss a coin ten times. It's a 50/50 proposition so you'd expect to win five times, but the chances are you wouldn't. You might win six, or if you're particularly unlucky you could lose the lot! It happens, occasionally, in the short term, at least.

And it's the same with poker. Pre-flop, your aces are an 80 per cent favourite against any random hand, which still means they will lose 20 percent of the time, or one in five times.

If they seem to be losing more often than that, you're getting unlucky, running bad. It might be best to get up, take a break and come back with a fresh head before you go on tilt. Poker is a game of skill with luck (ie, variance) involved, and you need to remember that. That's what makes it a gambling game. You can't blame online poker sites for the existence of variance; it's an immutable law of mathematics. You may as well blame the sky for the rain. All you can do is try to keep making the right decisions, better ones than your opponents, and over time you will be successful. Meanwhile, in the short-term, anything can happen and it often does!

Some people are convinced that they see more bad beats when they’re playing online than when they're playing live, and so they conclude that their poker site is skewing the river cards. Some of the "online poker myths" include the idea that the sites fix the cards in order to keep people playing or engineer "action flops" to create bigger pots. 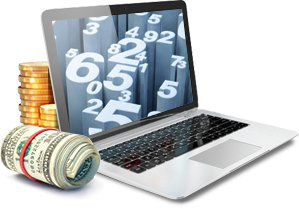 Of course, as we've established, this can't be true. If it were, the sites would lose their gambling licenses immediately, their reputations would be in tatters and they would go out of business in seconds. Online poker sites employ Random Number Generators (RGNs) to ensure that every card dealt is random and in order for a poker site to have a license to operate these MUST be regularly and rigorously tested by an independent third party. Third-party testers will analyse the source code and run statistical tests to ensure that the RGN behaves randomly. A lot poker sites will include certification details on the testing that their RGN has undertaken, so look out for these.

Perhaps it's just human nature to blame bad luck on foul play. Our brains, after all, are programmed to expect reward when we do something right. This doesn't always happen in poker, and we need to train ourselves to get used to that. And anyway, guess what? We've had some pretty sick beats playing live too.

But what about the other players? Could it be that they are colluding against us? Well, yes, in these days of instant messaging, it's certainly possible, although rarer than you might think, especially at low stakes. And while it's easier to collude online than in a land-based cardroom, it's harder to get away with it in the long-term. Online poker rooms don't like collusion. It's bad for poker and if their customers think it's going on, they will stay away and that will hurt their bottom line.

Even the most sophisticated forms of collusion will involve play that looks suspicious and the best online poker rooms employ complex detection technology to spot unusual patterns. Furthermore, unlike in land-based cardrooms, players' cards can be analysed after a game has finished online, which can help the poker site build evidence against suspected colluders and, if necessary, close their accounts. 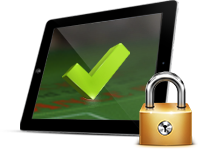 Lastly, new players want to be sure that their money is safe. Of course, when your money is out there on the table it's never completely safe - this is poker, after all, and it's dog eat dog. However, online poker sites use high-level encryption software to ensure that, as long as your funds are sitting in your account, that's where they will stay. The best online poker sites use the same security software as online banks, or trusted e-commerce sites such as Amazon and eBay. Again, this comes down to choosing a well-regulated poker site, licensed by one of the trusted jurisdictions for that extra guarantee of security.

Regulators require that operators apply strict age verification, identification and security procedures in respect of both deposits and withdrawals, and they use a range of processes to establish and examine customer accounts.

It's worth remembering that online gambling began at the same time as, and has developed hand-in-hand with, other forms of e-commerce, and many gambling sites have themselves been at the forefront of pioneering encryption software. In the early days the main challenge for all forms of e-commerce was convincing potential adopters that their funds and transactions would be safe. Without the highest level of security technology, these companies would be unable to operate.