Good news! As a poker player in the UK, you actually have it pretty peachy, especially in comparison with our American cousins. Take tax. Well, in fact, don't, because there isn't any. That's right, UK poker players get to keep the lot!

We actually have Gordon Brown to thank for this. He may not have cut the mustard at Prime Minister's Questions, but back in 2001 he took the decision as Chancellor to abolish the betting duty, placing a tax on bookmakers' gross profits instead taxing the punter in the shop. It was a bold decision designed to modernize the UK gambling industry, and it had us dancing in the streets. Good work, Gordie!

As Gordon Brown probably realized, it's hard enough to make money at poker when you play the tournament circuit (what with all the buy-ins, travel expenses, beer money, paternity suits, etc.) without the government taking a rake too. But this is exactly what happens in America! The federal government taxes gambling winnings at the highest rates permitted. But what about losses, you ask. Surely they're tax-deductible over there? Well, fat chance.

This might cause a bit of worry if, like us, you're planning on going over to the States to win millions at the World Series of Poker this year. However, thanks to a tax treaty between the UK and US we're completely absolved from paying tax on gambling winnings, even in America. So, while Antonio Esfandiari beat Sam Trickett heads-up in 2011's Big One for One Drop, earning $18,346,673 in the richest poker tournament ever staged, Sam, as a Brit, got to keep all of his $10,112,001 for second place. That means he probably went home better off. Probably...

It Pays Off to be British 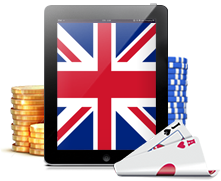 Online poker is another area where it pays to be British. Unlike great swathes of America, we're free to play on whatever sites we want, whenever we want. At the moment in the US, they can only play in three states (Nevada, Delaware and New Jersey) and even then they're limited to rather puny player pools. It's early days, though, and things are slowly getting better over there, and we wish them well, but in the meantime, all we have to do is make sure we choose a trusted and reputable online poker room.

The UK government has made that easy for us by creating a "white-list" of approved gambling jurisdictions. These are legal jurisdictions that stringently regulate and license gambling companies to the highest possible standards. They are: any European Economic Union country, plus Alderney, Antigua and Barbuda, Gibraltar, the Isle of Man and Tasmania. Now, it's not that a poker site that isn't regulated by these jurisdictions is definitely a baddie, it's just that these are the ones that do things in the manner of which Her Majesty's Government thoroughly approves, and they're good ones to look out for.

Some Changes Could Be In Store 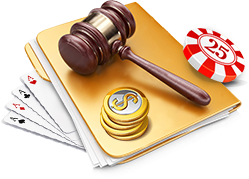 While we're on the subject, we should mention that Her Majesty's Government is currently pushing through legislation that we're not sure we completely approve of - a new Point of Consumption Tax for online gambling.

Previously, an online operator would be able to provide services to UK players from any one of the above jurisdictions, while benefiting from some of the sweet tax breaks they offer. However, under the new rules, if a company wants to offer online poker to the UK, it will have to pay a somewhat punitive 15 per cent tax rate.

Now, this shouldn't interfere too much with our right to play online poker. The UK market is far too lucrative for the big sites to back out of. We'll still be able to share player pools with other countries, it's just it might eat into the bonuses and rakeback these sites offer us. They'll have to recoup their losses somehow, after all. This is what we’re guessing, anyway, but that makes it all the more important to sign up to an online poker site through a good website that has negotiated special deals to bring you the best bonuses on the internet (we’re talking about us).

The UK: A Hub for Live Poker 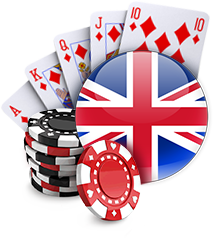 Live poker, of course, can be played in any casino with a UK gambling license. Until recently, there were quite a few clubs, without gaming licenses, that advertised themselves as "skill game" clubs, offering games like backgammon and chess. But in reality, they offered poker. London's legendary Gutshot Club, which later morphed into the International Club, was one such establishment.

These clubs attempted to exploit a perceived grey area in the law. Under the terms of the Gambling Act 2005, poker is permitted in members clubs, which means that certain clubs that do not have a regular gaming permit may be legally allowed to spread poker games, but this is dependent on restrictions on registration fees (none); buy-in fees (low); and prize limits (by extension, also low). However, as dearly beloved as many of these clubs were of their punters, the law said, no dice, son (and especially no poker) as they were found to be operating pretty much as casinos, and many, including the International, have been recently closed down.

The Gambling Act of 2005 wasn't at all bad, though, because it legalized pub poker in the UK, and pub poker nights have been springing up in local taverns near you ever since. There are restrictions, though. The maximum stake per player is £5 per game, while the maximum prize is £100 per game, and the prizes on offer may not exceed £100 in a single day. We like these rules, though, because it keeps everything nice and friendly.

And talking of nice and friendly, you can't beat a good old-fashioned home game. You're entirely free to play home games in the UK, but you're not supposed to charge a rake, although we can't imagine that this is high on the list of the Flying Squad's most serious crimes to watch out for. The players in the game must be your friends or acquaintances, meaning you can't press gang people off the street. But beyond that, you can play for whatever stakes you want, so the sky's the limit. So we guess that, providing it's behind closed doors and its non-commercial, anything goes.

Now, if you'll excuse us, we need to get back to our beautiful tax-free online poker game. God bless the UK!