30 THINGS THAT DON’T MATTER AT THE POKER TABLE:
And 12 that do 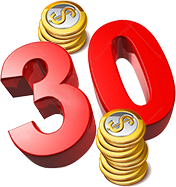 Players act as if many things matter at the poker table. Most do not matter at all; 12 do. Let’s sort them out. First, here’s a list of everything that some players think is important but that really are not.

Don’t worry whether you need a few second to make up your mind. Just take the same time before each action so you don’t give away your close calls.

Sleep deprivation is no virtue. Personal cleanliness is no vice.

No one cares if you’re unlucky. But if you seem to care, good players may try to play more aggressively against you – something you don’t want. So keep your whining to yourself.

Some players love to chat up the dealer. They think it’s impressive to be seen as an insider. It isn’t. No one cares but you.

Impressing people with your style, grace, and fashion only matters if you’re looking for modelling contracts or television deals. You’re not are you?

Your spouse may care, but no one else. See comment number 3.

Boohoo and deal with it.

I’d make only a slight exception for poker writers and professionals trying to get merchandising contracts.

See above – and delete “writers”

The sharpest tongue cannot add or delete spots on a playing card.

The only games that matters are the one you’re in. If you’re good enough to beat a bigger game then join it.

It only matters if your play is right. And even then, it should only matter to you.

Can you talk another player out of a winning hand?

This may be interesting but it is irrelevant. What’s important is the room you’re in at the moment.

Can you beat the guys you’re against now? That’s what counts.

Use your skills and don’t show them off.

You spotted that someone hit a one outer on the river? You knew they were drawing to the flush? Why let people in on it?

The only grade that counts is the one you get by cashing in more than you brought.

It’s always better to measure your manhood in private.

What’s important is what you learned, not what you read. You show what you’ve learned by how you play.

Let your opponents draw their own conclusions so they can make the same mistakes.

Boohoo. No one cares.

Why let others know you can be bullied?

If pigs had fins they could swim.

Why let anyone have a free peek inside your brain.

Truth is that no one asked you, right?

Top 12 list of questions that some people don’t think about but that are very important.

If you are not sure, then you might want to drop down to fewer hands, focus on one game and finesse it, then move on to other variants.

Eventually you can. If you are beginning, then you might have some frustrating moments but the more you play and focus on strategy over real money winning, then you will become a solid poker player.

The most popular game is Texas Hold’em so is it the better game? It isn’t the only game but it is the game that most poker players cut their teeth on and since it is the most played, it is the better game to master.

The size of the pot should not be your primary concern. While this is a viable question, getting your hands on the pot because you won is the most important outcome.

This is an important question if you ever want to advance as a Texas Hold’em player. However, before you can worry about you out-count, you need to go to school, study poker hand rankings and then start counting.

Advertise, don’t just fantasise. Seriously the image that you give off signals many things to other players. Do you bluff too much? Are you too aggressive? Do you fold too quickly? Are you careless? It all adds up.

Knowing this answer is the number one winning strategy in poker and sadly most cannot answer this every time because even a super top ten hand may not be the best hand to play in a given situation. The best way to play a hand might be to not play the hand.

The late position is believed to be the best position with the early position being the worst. What it comes down to is to make the best of every position by playing the hand you have and knowing when to make a move or bluff. No matter what your position be certain to choose one opponent to focus on. Don’t try to play against the entire table just one opponent at a time.

Be a good guest. Seriously, you will get asked back when you are not too aggressive, show your skill in a way that is not over with an over the top ego, stay to the end and bring something special to the overall experience.

You do get to see four of the other player’s cards, which will help you in understanding what they are holding. Stud games make you privy to very private information and your deductive reasoning will do the rest.

In the end poker is a single person game really. Although you are playing with others, they are all opponents. You are the only one you need to worry about and focusing on quality play over ego or what the other guy is doing is a really good way to move into the winner's circle. In the meantime enjoy. If you cannot answer this last question with a yes, then you might want to consider tiddly winks as a pastime. “Are you enjoying playing poker because it brings you enjoyment?”