Knowing When Not to Bluff

“To bluff or not to bluff, that is the question.” No, Shakespeare did not include that into one of his greatest works, but had Texas Hold’em been the game of Kings at the time, it just might have been. In fact many would argue that “tis’ nobler to have bluffed and lost than to not bluff at all.” Bluffing is a key strategy in the game of poker. No poker player can be consistently successful without having mastered this important playing strategy. Many poker players, however, carry their bluffing strategy too far, and end up bluffing far too often. Some players try to bluff nearly every hand, and this is not an effective strategy. A player does not want to develop a reputation of being a “chicken little” with a claim that the sky if falling or “the little boy that cried wolf.” In order to be effective, bluffing should be used only sparingly, in addition to semi-bluffing and it is important that the player know when to bluff, and just as importantly when not to bluff. 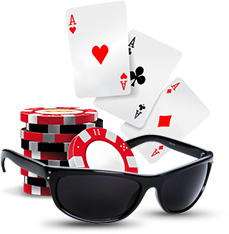 Successful Bluffing: The best bluff is to never let anyone realize you are bluffing. Astute poker players know how to look for body language, attitude and a few other items as listed below. The best bluff is a bluff that never appears to be a bluff.

Knowing when NOT to bluff: