The Strategy of Poker Table Position

Poker players are obsessed with getting it right. One thing to always get right or to be mindful of is position. Position to many is everything. Although you can still win by being in an early position, players must always be mindful of their position and the button. It will ultimately change the way a player approaches the game. Where you sit at the table can make a lot of difference, and it is important to think about the spot you choose at the poker table. 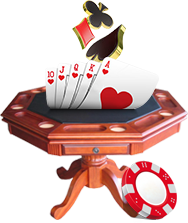 DYK: Did You Know?

You win more money from later positions than you do from early positions. The player on the button is the most winning position over time. Poker position in a glance:

The player with the position to the left of the big blind will have the first opportunity when the cards are first dealt, since all the bets are placed in a clockwise motion. The players who must bet or decide later on are the ones in the late position, and these players will have a great many advantages. These players will be able to see what everyone else has done, and they will have the time needed to think and place their bets accordingly. The players may even be able to gamble a little bit if the odds indicate that it is a good idea. These players are often the most confident players at the table.

While the late position players have many advantages, the early players will need to select their hands very carefully, and if they need to fold they should do so. These early players will have no advantages when it comes to deciding their actions, so it is important for them to be more cautions than those with a more advantageous position.