Poker Strategies and the Semi-Bluff 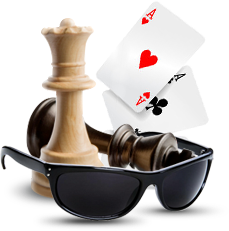 Contrary to what you may hear in a good old-fashioned country song, there is more to winning at poker than the luck of the draw. To be good at online poker you have to be able to use successful strategies to convince your opponent that your hand is probably better than theirs and they should just fold em’. How you go about doing this revolves around some mastery and the development of a really good mind game. One of the most powerful of all bluffing strategies is the semi-bluff, and it is important for every player to get acquainted with this great strategy.

You have heard of the bluff, we all have. We learned when we were wee little ones in games of hide and seek how to bluff and try to manipulate decision making of our chums. Poker's a great game of hide and seeks and to be a winner you need to play some mind games on your opponent. So what is the difference between a total bluff and a semi-bluff?

Semi-bluffing occurs when the previously dealt cards are not all that great, but the odds are that those cards can improve. When you are playing a game against other players who have nothing, the semi-bluff will function in the same way as the traditional bluff. However, if the other players have some good cards, the semi-bluffing strategy is a subtler, hidden form of attack.

When semi-bluffing should be avoided

This mind game approach to poker is a powerful strategy, and it should be used carefully and thoughtfully. If you can get the cards you need to come to you, the semi-bluff can lead to a great and a winning hand, but if the cards do not come you could end up losing a lot of money. It is therefore important to use the semi-bluff sparingly and wisely.

In the game of Texas Hold’Em, semi-bluffing is often preferable to traditional bluffing strategies, since players in the Texas Hold’Em game often can tell when a player is bluffing. In order to be successful, however, the semi-bluff should be used against many players rather than only a few, since the odds will be better this way. In addition, those in a late position are in a better position to semi-bluff. This strategy works the best on the flop, and against poor or inexperienced players. 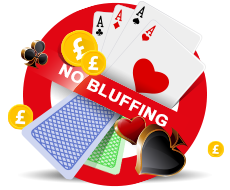 A good time to semi-bluff:

A bad time to semi-bluff:

Let’s take a look at a real situation:

Let’s assume that you are the player in the middle and you want to try your semi-bluffing strategy. You may actually have a good chance of pulling off this strategy in the above example. If there is any heart card or any King you will be able to fill your hand, so you are now looking at multiple draws. You will need to think about which strategy would be best. If you get a heart you will have a flush, but if a King comes up you will have a straight. Chances are that one of the players is already holding a King of hearts. While the Queen of hearts may show up it could be dangerous, since it could also be used to fill a player’s full house. Therefore, the best solution is to get another King.

Since either a flush or a straight can make the hand the winning hand, we must consider that you have twelve outs, and the King of hearts has probably already been dealt, the player would stand a 25% chance of getting the card that is needed. Therefore you can raise or check and there may be a good chance of the other players folding, meaning that you can still win and continue to bet.