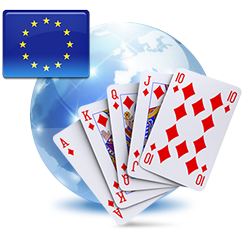 The WSOP is the grandfather to the WSOPE - World Series of Poker Europe. Dating back to 1970, leaders in the world of poker began to focus on establishing the skill/sport aspect of Poker by establishing World Series of Poker. No longer would the world be confused into believing that Poker was just another game of chance. Poker would establish its place as a game of skill, intrigue and big money events. Of course, back in 1970 players would convene in Las Vegas and the collection of high profile players would be centralized in the hot gambling spots around the world.

Before long poker was no longer relegated to local pubs, bars and out of the way poker rooms. Technology made it possible for poker players to expand their skill and strategies on the Internet. With that inception of online poker it would be available globally via the Internet. In 2007 the WSOP responded by establishing the first World Series of Poker in Europe. Thanks to the purchase of the WSOP brand by the Harrah’s Casino organization the possibility of expanding was possible. It wouldn’t be long and Harrah’s purchase London Clubs International. That expansion resulted in the WSOPE. The reality that European poker players have a very different poker culture required some alignment in order to fully embrace new acquisition. Harrah’s wisely collaborated with Betfair. Betfair just so happened to be one of the largest Internet gambling operations in the world. What started as a dream in 2007 has exploded into a major annual event!

The most recent WSOPE event took place in October of 2015. The Spielbank Berlin was the host of the ten-bracelet event. Kevin MacPhee was the force to be reckoned with at the last WSOPE with a winning purse of just over 880,000. His win was against 313 entrants. Although it wasn’t the largest winning or entrants, it was a very respectable win. This was not Kevin MacPhee’s first win. It is obvious that this player from the United States adapted to the European poker style in order to secure this solid win at the WSOPE’s main event.

The inaugural 2007 WSOPE / World Series of Poker Europe proved to be very popular with players from all over Europe and the rest of the world taking part. The WSOPE Main Event tournament that was won by Annette Obrestad, who walked away with a cool $1million! There were just over 360 entries into the first WSOPE and it has fluctuated over the years. The largest pool of entrants was in 2011 with over 590 participants. Elio Fox took home the winning prize that particular year at €1,400,000 and it was the largest prize and the largest pool of players thus far. There is very little indication that the WSOPE is going away any time soon. Here we have a few of the best available. 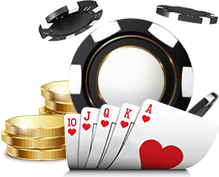 Betfair Poker is once again leading the way with qualification to the WSOPE with over $1.5million worth of packages to give away. Betfair is offering a range of routes to the tournament with freerolls, satellites and direct buy ins to their qualifying finals. You can even buy into the WSOPE Main Event directly through Betfair Poker and enjoy the benefits of being part of Team Betfair! Review of Betfair Poker | Visit Betfair Poker

The WSOPE Main Event is the epitome of European poker. Thankfully, you don’t have to be a professional poker player to get in on the fun. You can win seats at the online poker rooms listed here, and use those sites to learn more about the game, test new strategies, practice and have fun. You’ll meet lots of interesting people and even win real money in the process. If you win a seat in one of the big tournaments, don’t pass it up just because you’re worried you can’t compete.

The reality is that anyone can work their way to the WSOPE events and main event if they spend time learning and finessing their game. Fortunately for players not only in Europe but also around the world, every major poker site, especially the WSOP Poker site offers training and development that will lead any player who wishes towards the big win. Kevin MacPhee the 2015 Main Event winner is ranked 120th on the all time money list and comes to WSOPE from Idaho. He started in 2006 with a $150 online buy-in at PartyPoker. This only goes to show that anyone with a desire to go to the next level can win not only one, but also two major events.

Get started by looking through the reviews and choices of the best online poker sites we have here to give you the best head start in the game. We make choosing an online poker site safe and easy. Don’t waste your time on a “guessing game” with search engines. You have everything you need right at your fingertips here on this site to find great WSOPE satellite tournaments, begin playing and have a great time playing poker.

Every one of these WSOPE qualifying poker sites has been vetted by our professional reviewers to make sure they have the best encryption, 24/7 customer service, user friendly software, exceptional graphic and sound quality and the best bonuses and payouts. Joining the right site can have a huge impact on the experience you have playing. Take advantage of the hard work here to make your time the most enjoyable it can be without the frustration of finding reputable and safe online poker rooms. Who knows, you could be the next WSOPE Main Event winner.